Home » All You Need To Know About Lyme Disease: Symptoms, Causes, and Treatment 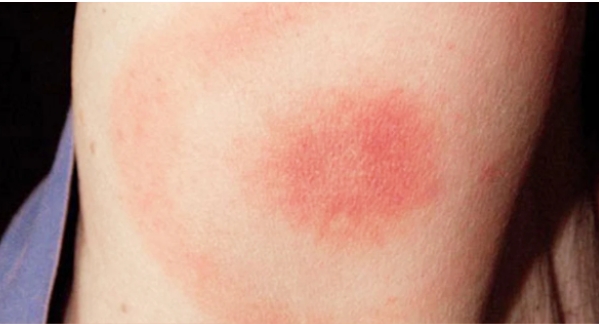 Lyme disease is a type of disease that is very infectious and is typically caused by a bacteria known as Borrelia Burgdorfer. This bacteria is normally found in humans after they become infected on birds, deer, and mice and gets into them through a kind of tick.

In 1975, the first case of Lyme disease was detected in a place called Old Lyme, Connecticut. This is the most common tick-borne illness in either Europe or the States. This is just a fact; people who spend more time in wooded areas are more likely to get this form of the disease.

You will also be at a higher risk if you have a pet that goes to wooded areas frequently.

We have listed the most common symptoms that are associated with Lyme disease:

If you are experiencing any of these symptoms, get help from a medical professional immediately.

After the Occurrence of Lyme Disease

See also  What Corticosteroids Are Used to Treat Skin Conditions?

When you get Post-Lyme disease syndrome, it will affect both your cognitive functioning and also your mobility. Most people will recover from this, but it will take time to recover, sometimes even years.

The symptoms of this stage of the disease are not that different from the earlier stages. It will primarily include the following symptoms:

Lyme disease can be the result of a particular bacterium known as Borrelia burgdorferi. These bacteria are normally spread to humans when they come into contact with deer ticks.

When diagnosing Lyme disease, the first thing that will be taken into account will be your health history. This will include looking closely for tick bites.

Doctors will typically also perform physical exams in order to look for the commonly associated symptoms. In particular, they will be on the lookout for rashes.

Note that it will be unwise to get tested if you have just an early localized form of infection. In fact, blood tests are the most reliable when there are antibodies in your system. Doctors will typically make you go through some tests as well that will help them determine the best course of treatment for your particular condition.

It is highly suggested that you get treatment for Lyme disease as soon as possible. If you are able to detect the condition at an earlier stage, just a simple 2-week oral antibiotic course will suffice. The medications that are normally prescribed for Lyme disease has been listed below:

Light therapy, simply put, is a revolutionary form of treatment. It can help you deal with so many issues that it really can seem to be too good to be true. The fact of the matter is that light therapy has been clinically proven to work on a whole host of conditions, and one of them is Lyme disease.

People who are suffering from the lasting effects of this condition will find light therapy particular useful. They will need to only really pay attention to NIR bulb and how to expose the affected area to the light emitted by this bulb. Infrared heat has the potential to both warm the area and also penetrate the many layers of tissue, which can then dilate the blood vessels.

Lyme disease can be distressful and can severely hamper the quality of life of those who have been affected. This is why early detection is so important. Once you are aware you have Lyme disease, you will be better equipped to mitigate the condition.

See also  Does Smoking Cause Wrinkles?