Home » 5 Health Benefits of Including Fish in Your Diet 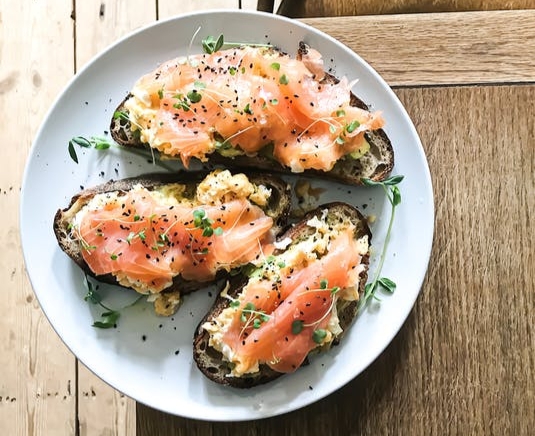 Fish is an essential component of a balanced diet. Fish and other seafood are excellent sources of long-chain omega-3 fats, vitamin D, and selenium and are high in protein and low in saturated fat. Eating fish or taking fish oil has been beneficial to the heart and blood vessels. Fish affects not only your heart but also your liver, brain, and even your sleep. Here are five reasons why you should eat more fish in your diet.

1. It Lowers Risk of Heart Disease

The health of the heart and blood vessels has likely been the subject of most research. A large body of evidence suggests that eating 1-2 fish meals per week lowers the risk of cardiovascular diseases, such as congestive heart failure, coronary heart disease, sudden cardiac death, and stroke.

Eating about two servings of fatty fish per week has been shown to lower the risk of death from heart disease significantly. If you replace unhealthy meals from your diet with fish, this protective effect is especially noticeable.

According to scientists, fish are high in vitamin D and are considered one of the best dietary sources of this essential nutrient. Vitamin D aids calcium absorption, which is important for bone health and growth. Because 70% of Americans do not get enough vitamin D each year, adding more of this nutrient-dense food to your diet will be extremely beneficial.

Consumption of fish has also been linked to mental well-being. Countries that consume a lot of fish appear to be less depressed. According to researchers, this is thought to be because of EPA and DHA. Omega-3 fatty acids have been studied and found to be beneficial in treating postpartum depression, attention deficit disorder, schizophrenia, and obsessive-compulsive disorder. Omega-3 fats are thought to reduce depression by reducing inflammation and free radicals, protecting brain cells, promoting cardiovascular health, and improving insulin sensitivity, according to researchers.

Although more research is needed before recommendations about the amount of omega-3 fats required, most studies have used 1-2 grams of EPA+DHA per day.

Depression is one of the most common mental illnesses. Low mood, sadness, low energy, and no interest in life are symptoms of depression.

Depression is currently one of the world’s most serious health problems, despite receiving far less attention than heart disease or obesity. According to research, people who eat fish regularly are less likely to develop depression. Omega-3 fatty acids have also been shown to help fight depression and improve the efficacy of antidepressant medications in many controlled studies.

Mental illnesses, such as bipolar disorder, may benefit from fish and omega-3 fatty acids.

See also  Can the Ketogenic Diet Help with Anxiety?

The Environmental Protection Agency (EPA) and the Department of Health and Human Services (DHA) appear to be in charge of the safeguards. Anti-inflammatory properties of EPA and DHA make them useful in treating autoimmune diseases. Vitamin D found in fish may have anti-autoimmune properties. According to research, people who consume a lot of vitamin D have a lower risk of developing type 1 diabetes, rheumatoid arthritis, and multiple sclerosis.

Should you avoid eating fish due to the contaminants it may contain? It’s a divisive topic frequently fueled by emotion rather than logic. While fish is generally healthy, it’s important to know where your fish came from. Many fish caught in the ocean are high in mercury, which is toxic in large amounts. The mercury in these fish’s diet is stored in their fat, accumulating over time.

McKenzie is your typical Midwestern gal. When she is not writing or reading, she can be found training for her next half-marathon, baking something sweet, playing her guitar, or cuddled up with her golden retriever, Cooper. She loves watching football, fall weather, and long road trips. Many CVD risk factors are reduced by omega-3 fats found in fish like the wild Alaskan sockeye salmon, which boasts low environmental contaminants and is eco-friendly. These risk factors are: Reducing blood pressure, reducing inflammation, reducing plaque forming in the arteries Reducing blood clots, and increasing insulin sensitivity.