Home » Berberine: A Supplement You Should Know About 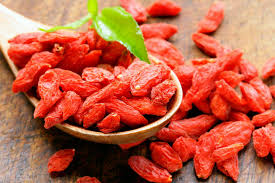 While there are thousands of over-the-counter supplements that promise to improve health, one particular supplement stands head and shoulders above the rest – berberine.

Although berberine has been enjoying a surge in interest recently, this natural supplement is hardly new.

Berberine has been used for thousands of years in traditional Chinese medicine, but the Western world is only beginning to explore what this bright yellow compound has to offer.

Berberine, which contains isoquinoline alkaloids, naturally occurs in the rhizomes, roots, and bark of many different plant species – including barberry, goldthread, and Oregon grape.

Although berberine has been known for its many health benefits for centuries, researchers are particularly interested in its cholesterol and blood-sugar-lowering properties.

Here’s everything you should know about this amazing Luma Nutrition supplement.

In the United States, 1 in 10 people suffer from diabetes. Of these, as much as 95 percent have type 2 diabetes. With so many afflicted by this disease, it’s not surprising that health care professionals and individuals are looking for a natural treatment.

A 2018 study by Oncotarget found that berberine is an effective supplement for the treatment of type 2 diabetes due to its blood sugar-lowering properties. In fact, berberine’s effect on blood sugar is as effective as Metformin, a drug commonly prescribed to improve blood sugar regulation.

Earlier studies suggest that berberine is a valuable asset in glucose regulation therapy because it is as potent as Avandia and Glucotrol, which are prescription medications.

The leading cause of death in the United States is heart disease – and high cholesterol is the prime culprit.

See also  Medication for Anxiety Relief – What Works, What Doesn’t

When cholesterol is high, fatty deposits build up around the arteries, causing them to become clogged. When arteries are clogged, the blood pumped to and from the heart is impeded, and blood flow is reduced throughout the body. The first step in fighting heart disease is lowering cholesterol.

In a study that appeared in Phytomedicine, obese patients were given 500 mg of berberine every day for three months. At the end of the study, researchers discovered that the participants had experienced a reduction in their blood lipid levels and overall weight loss.

Berberine may also be a safer option for individuals who don’t tolerate statins. Statins are the most common drugs prescribed for lowering cholesterol.

A 12-week study on obese participants found that 500 mg of berberine taken every day for three months resulted in weight loss. At the end of the study, researchers found that the participants had lost an average of five pounds of weight – 3.6% of their body fat.

A second study conducted on 37 women and men who suffered from metabolic disorders found that the participants lowered their body mass index from obese to overweight in just three months. Furthermore, all the participants’ other health markers saw an improvement.

Researchers have attributed berberine’s weight loss properties to its ability to regulate insulin, leptin, and adiponectin.