Home » Can Cannabis Stay In Your System For A Long Time? 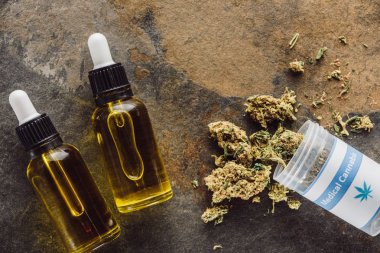 The same question often plagues marijuana users: how long does cannabis stay in the system? The answer to this question might be a bit confusing because it may arise for a number of reasons. Here are a few pointers to make it easier on you.

How Do Drug Tests Work?

The most prevalent cannabinoid in cannabis is THC, which is the compound tested for. The THC in your body is broken down into molecules called metabolites in the bloodstream. Visit https://homegrowncannabisco.com/high-thc-seeds and see how it works.

Though metabolites such as THC-COOH may fade quickly following consumption of cannabis, a drug test can detect them days or weeks later. People who have a higher percentage of body fat will generally retain those THC metabolites for a more extended period since THC is fat-soluble.

CBD users do not need to worry about drug tests! Drug tests look solely at THC metabolites within the body.

How are marijuana tests conducted?

The length of time cannabis has been in your system can be determined by several tests. Coming from Homegrown Cannabis Co., there are several factors that affect how the results appear after testing, including the type of sample collected, whether it is saliva, urine, hair, or blood, and the time involved.

For up to 34-48 hours after your last use of marijuana, you can test positive for THC in your saliva.

The most common drug test is a urine test, and this is where other variables enter the scenario. It is possible to test positive for up to 1-3 days after your last cannabis use if you are an infrequent user or use cannabis less than twice per week.

A regular cannabis user can test positive for 7 to 21 days after they last used the drug.

It is possible to test positive for cannabis for three months after last use if you consume it several times per day.

It can take 1 to 5 days for positive results to appear for marijuana addicts who choose to eat cannabis edibles.

A hair test can detect marijuana 90 days after a user last uses it. In studies, experts demonstrated that these tests are able to see cannabis in heavy users’ hair more reliably than in light users.

Marijuana can also be detected by blood tests, as marijuana metabolites can show up 36 hours after last use on blood tests.

Results could differ depending on what types of tests you take. The saliva test results may indicate that a heavy consumer of marijuana has not consumed any for a few days.

When that same person takes a urine or hair test, the results show that they do have marijuana in their system and that it has been there for seven to ninety days. Several factors determine how long THC-OOH can be detected.

Are there any factors that affect how long marijuana stays in your system?

The time between when marijuana will show up in your system varies depending on the test. Still, there are also other factors that need to be taken into account. There are several factors that can affect the length of time THC-OOH remains in your system, such as:

We should always strive to gain a deeper understanding of cannabis and the way it affects our bodies. I wish you the best of luck on your test!