Home » What is Sickle Cell Anemia? 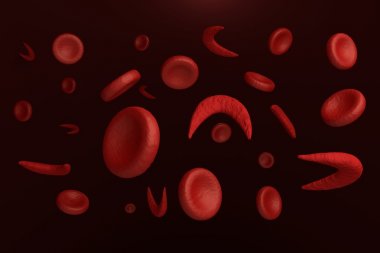 What is sickle cell anemia? Sickle cell anemia, more broadly understood, is an extraordinary teaching topic that brings together concepts of genetics, ontogeny, phylogeny, evolution, public health, and ethics. Modern Biology provides all-inclusive laboratory exercises that give your students a chance to test themselves for sickle cell genes and to understand how sickle cell genes relate to sickle cell traits. Modern Biology’s Experiment 102: Genetics and Sickle Cell Anemia gives you as the teacher to use this lab exercise as a springboard for discussion of one of the world’s most important health topics.

Sickle cell disease is a single-gene disorder. It is characterized by repeated, painful acute systems, pervasive problems with circulation, and progressive organ damage. At one time, sickle cell disease was a condition only found in tropical areas with endemic malaria. Carrying just one gene for the disease confers protection against malaria.

In the United States, sickle cell disease was once considered a death sentence. Even 50 years ago, most homozygotes for the sickle cell trait died before the age of 10. Now, newborns are screened for the disease. Systematic clinical follow-up prevents sepsis and organ damage so that the life expectancy for a newborn with the disease in the United States has risen to 42 years for men and to 47 years for women. There has even been one patient who has been cured of the disease by CRISPR gene editing, Tennessee native Victoria Gray.

See also  How the Metaverse Could Be Good for Your Health

Even so, the World Health Organization estimates that 6 percent of all childhood deaths worldwide result from sickle cell disease. About 300,000 children every year are born with both genes for the disease, 3000 of them in the United States.

What important principles of biology can a discussion of sickle cell disease bring home for your students?

That’s where Modern Biology’s Experiment 102 comes in. The best time to detect the sickle cell gene is before marriage, which for most people will be in high school or college. You can ask your students to brainstorm the reasons testing for this gene at this time in their lives would be useful. Possible answers include:

Students need to be counseled on the meaning of probabilities. They need to understand that if they have one child who is born with, or without, sickle cell genes, this fact does not influence the genetics of the next child they conceive.

Then they can compare a sample of their own blood against the two standards provided with the test kit. It’s not possible that a student who is a homozygote for sickle cell will be unaware of their condition, but students who are heterozygotes for the trait may be unaware of their genetics. Counseling resources should be available for these students before you schedule the experiment.