Home » All You Need to Know About Genetic Testing 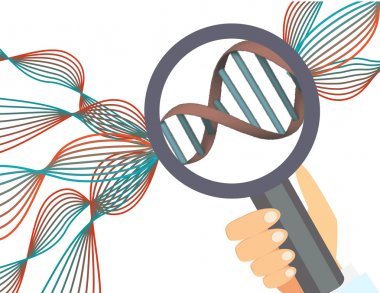 Genetic testing is a medical test used to help doctors identify genetic changes that could lead to diseases and disorders. DNA testing can help doctors discover the genetic causes and genetic influences of diseases. It can also provide valuable clues as to the origin of symptoms or disease.

Families can get more information from DNA testing about their long-term health and future family planning. DNA genetic testing comes with both risks and benefits. It is essential that you talk to your doctor or a genetic counsellor about the pros, cons, and downsides of genetic testing.

A licensed genetic counsellor will ensure you fully understand the advantages and downsides of the test, as well as the costs and implications of the tests. You will also be able to interpret the results and make conversant decisions.

What Types of Genetic Testing Are Performed?

Genetic testing is performed using a small amount of blood, tissue, or saliva. Genetic tests can be used to analyse specific genes or look for variations. These tests are called gene panels, and they can be used when the doctor ordering the test has a good idea of which genes may be related to symptoms or conditions.

Another genetic test analyses the entire genome (all of a person’s genetic code) or the whole exome (all genetic material that codes for proteins in the body). These tests (whole genome sequencing and whole exome sequencing) are used when doctors are unable to find the cause of a patient’s symptoms following a gene panel or if they are broad enough not to be specific. Whole-genome and exome sequencing have helped to discover rare diseases.

Be Aware of That Dark Side of DNA Testing

This opens up a disturbing aspect to DNA testing: the privacy implications. Your DNA is fundamentally the source code to…you. It can be pretty alarming if DNA companies share that code with law enforcement and with other companies. It’s okay if you have authorized it.

If a family member or cousin has authorized the sharing of their DNA, it is essential that they have allowed some of your DNA to be used. This doesn’t include what happens to your testing service provider if it is hacked.

Another issue is for people who have taken DNA tests and received results that were not expected. This can lead to many problems, including “misattributed paternity,” issues related to race, what your family has told you, and surprising discoveries about your family tree. These unexpected consequences are essential to keep in mind when you plan to do DNA testing. 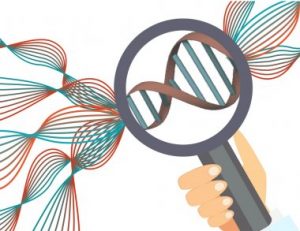 Know Your Limits in DNA Matching

These chromosomes contain code for genetic traits and a genetic fingerprint that identifies the parents of each child. Two siblings born to the same parents will have a lot of chromosomal data.

The chromosomal data of cousins is also shared, but not as much. The fingerprint has been, in essence, diluted. You will find fewer matches as you go back in time to grandparents, great grandparents, then to other branches of your tree, such as first cousins and second cousins and third cousins and fourth cousins.

DNA is, essentially, a code. Instructions for creating organic material are provided by the order and combination of these codes.

Segments of DNA transform amino acids into proteins. Proteins can do many things, including creating new cells. This is how you get the building blocks: amino acids to proteins and proteins to cells, cells to tissues and tissues to organs, organs to people and animals, such as dogs, cats, and trees.

Chromosomes are long strands made of DNA. These chromosomes can be passed from a father to a daughter. The code in the DNA of a child represents both parents’ characteristics.

You Can Find Relatives You Don’t Know

Customers can be allowed to see if other users of the same DNA testing service are biologically related. This is an excellent advantage for those trying to build a family tree or for adoptees looking to find out more about their biological relatives. Many people have found siblings through these services. Two women were adopted through an agency, and the other was adopted by a family who discovered her in the woods as a baby. In this case, they realized that they were long-lost siblings.

It is not for everyone to discover family secrets. You should be cautious before allowing a company to match your relatives with you.

More Data Does Not Always Make It Better

Some companies offer to analyze the sequence of letters in a customer’s DNA, called sequencing. This is an alternative to just looking at SNPs. Research and medicine both require sequencing.

Your DNA Results Can Contribute To Research

DNA testing companies may ask their customers to take part in the research. They will need to answer questions about everything, from their sleeping habits to their personality. This is done to uncover previously unknown connections between specific traits and genetic variants. The design of many genetic studies is such that the more people recruited, the greater the chance that the study will identify genetic factors that affect the trait or condition being studied.