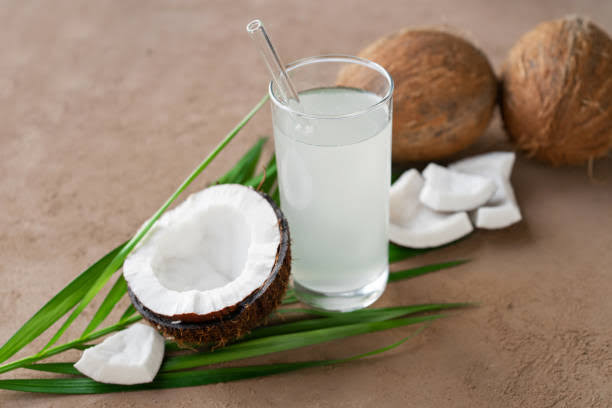 Coconut is a well-known fruit. Apart from being tasty, it is also very healthy for you. Coconuts are known for their diverse usage, both traditionally and scientifically, ranging from food, soap to cosmetics. Coconuts grow on large palm trees called Cocos nucifera (scientific name).

Coconut oil, coconut water, and coconut shell can be used for so many different purposes. What makes coconut a special fruit is that it contains a large quantity of “water” compared to any other fruit. Coconut water contains important nutrients that will help you get healthy. Today you will be learning the health benefits of drinking coconut water.

• It is very rich in potassium, manganese, calcium, vitamin C and magnesium.

Coconut water is a delicious, nutritious and natural drink that is immensely good for you. Here are some of the amazing health benefits of drinking coconut water.

1. It hydrates the body effectively

Coconut water was referred to as “Mother Nature’s sports drink” by marketers. This was because drinking coconut water will keep you hydrated during long periods of physical activity. Because it is rich in minerals, it helps in replenishing the lost nutrients and minerals from prolonged physical exercise. Medical studies showed that coconut water restored hydration after exercise much better than water, and equal to high-electrolyte sports beverages

For some athletes, coconut water is the second choice for optimum hydration after water.

2. It is an effective hangover cure

This amazing drink also helps you get rid of a hangover because it is rich in numerous nutrients. You see, when you have a lot of drinks and start vomiting and urinating. Coconut water helps reduce this by replacing the electrolytes you lost while hungover.

3. It moisturizes the skin

Like I said earlier, coconut is used to make soap, which shows that it is obviously good for the skin. But you don’t need to actually buy soap.

Just drinking coconut water can help clear the skin from within. It also eliminates large amounts of oil in the body, which brings us to the next point. 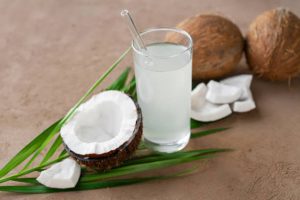 4. It could reduce cholesterol levels

According to research performed on rats, who were given coconut water, It was discovered that their cholesterol triglyceride and Low-Density Lipoprotein (LDL) were reduced.

It was also said that the potassium and calcium levels helped in maintaining the health of the heart, which brings us to the next point.

High blood pressure that results from electrolyte imbalance can be relieved with coconut water because it contains numerous electrolytes that balance it.

6. It is a great weight loss drink

For all those who want to lose weight, coconut water is a healthy weight loss drink for you. Coconut water is quite low in calories, and fat. It is also rich in bio-active enzymes that are help digestion and boost metabolism. So basically, coconut water boosts your metabolic rate, and that helps you burn more fat.

7. It helps in digestion

Due to its fiber-rich content, coconut water is great for aiding easy digestion. It also reduces the occurrence of acid reflux.

Side Effects of Drinking Coconut Water

Drinking excessive amounts of coconut water has been shown to lead to fever and death. The cause is not exactly known, but it has been presumed that it could be due to high potassium in the blood (hyperkalemia), inducing acute kidney failure, loss of consciousness, heart arrhythmia, and eventually death.

What you should do?

Coconut water is sold commercially in cans and marketed as an energy sports drink. It is advisable to take it after a workout. Incorporate coconut water into your healthy eating diet today.