Home » How to Prevent Knee Pain from Running 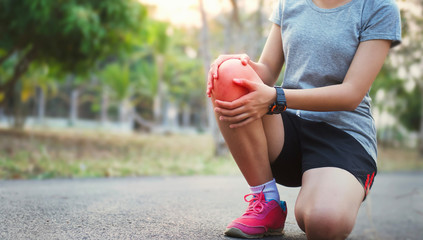 Runner’s knee or pain associated with running is a major concern for athletes. Usually, running is completely blamed on knee pain when it’s not exactly running that causes the pain but the way people run, which can lead to pain and injury. If a person takes necessary precautions and learns to run with an appropriate measure to minimize the impact or undue stress on the knees, they will not knee problems.

This is a simple and remarkable fix and can be easily corrected. According to the experts, running is a repetitive motion, and some injuries can be caused by muscle imbalances over time. Severe damage to the knee joint can lead to persistent knee pain and inability to move. This may require invasive treatment such as knee replacement surgery if non-invasive methods fail to improve the condition. Knee replacement in India is a commonly performed orthopaedic procedure that is offered by many hospitals on affordable packages.

One must protect his/her joints from the start. Here are some pointers to improve your running technique, prevent knee injury and pain. Some tips may help you run comfortably for many more years without ever having knees problems. 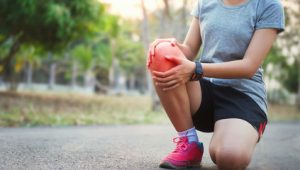 How to Prevent Knee Pain from Running

Strengthen your hips and core

As a runner, strength training is important, especially if you are a professional. It is necessary to pay attention to certain areas when it comes to preventing knee damage. A study published in Medicine & Science in Exercise & Sports indicated that women who developed runner’s knee over two years had higher pelvic instability, weakness in hips, in contrast to runners who didn’t have any knee issues. Another study found that almost 80 percent of aching runners involved in strength training that focuses on hips and core as well as knees and thighs experienced that their knees hurt significantly less when running.

It is very important for women to focus on their hips and core strength. Running is a kind of flight stage when neither foot is on the ground at a point in time. When the person is midair, the core plays a crucial role in controlling the rate at which the extremities come back to the ground. As the core gets strong and the control is increased, the force that impacts the joints while landing decreases. This prevents the knee joints from injury.

It is recommended to do strength training once or twice a week. A routine including planks, side planks, clamshells, medicine ball core rotations, fire hydrants, open-chain hip abduction, and other core strengthening exercises can be useful. Gradually, plyometric exercises, including jump squats, single-leg landings and jumping lunges, and then adding uphill sprints to the training schedule, can be started.

Rushing into training and picking on heavy exercises or running can lead to injury. If you have signed up for a race, slowly ramp up the mileage and not rush into it as it could be one of the worst things, especially if knees hurt while running. The body adapts to training over time as the ligaments and tendons improve slower than the muscles due to less blood flow. Some people feel that their muscles are ready to take on more, adequate time is needed for the support around the joints to reach the same level.

Try to lean forward while running

The manner in which the foot hits the ground while running adds on to the forces that impact the knee joint. When a person leans forward slightly during a run, it can reduce these forces. Studies have proven that slightly leaning forward transfers the weight from knees to the hips while running, resulting in reduced pain. It is advisable to flex more at the hip and try to make the torso reach forward seven to 10 degrees.

Running shoes also play an important role in running and associated injuries. Manufacturers have specifically designed shoes that can absorb the shock each time the foot hits the floor. But after some time, as you wear them more, they get worn down, and the shock absorption decreases. This can increase the forces shooting up through the joints and cause knee pain.

Although shoes can break down over time, how many miles or months they will work will vary depending on different brands and the activity level. The specialists suggest that the shoes can be tossed out after every 300 miles or every other 600 miles. Some people are hard on their sports equipment, so it may vary from runner to runner. Most athletes learn from their own experience as to when they need new shoes. When the knees start to hurt while running, check out the bottom of the shoes. If it is significantly worn or there are creases in the midsole, or if the bottom of the shoe bend more easily, it’s time for shop for the new ones.