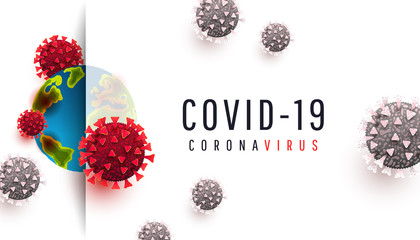 MOWhile we all hope that COVID-19 will be nothing but a blip, its effects are likely to linger on decades into the future. Some of these changes will be fleeting and others will continue to directly affect generations born after it. Here are a few of the most likely ways the pandemic will keep shaping our lives. 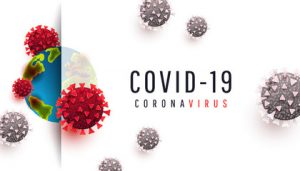 1. Masks Will Continue to Be Part of Daily Life

Wearing a cloth face mask during outbreaks of highly-infectious illnesses is nothing new. Even our conflicting attitudes towards it are old hat—or old mask, if you will. During the 1918 Spanish Flu Pandemic, US authorities encouraged and, later, mandated the wearing of protective masks in public to slow down the spread of the Spanish Flu. Many people also continued to wear masks in public, even after the “all-clear.” This pattern has been repeated worldwide in the aftermath of different outbreaks.

If history tells us anything, most of us are likely going to be at least a little bit complacent after the pandemic. But regular mask and hand protector use will likely continue. We have seen this pattern in Asian countries that were hard hit by the SARS pandemic in the early 2000s. While the US is culturally different, the scale of COVID-19’s impact might very well change attitudes, at least to some degree.

2. Telecommuting Jobs Will Continue to Grow

There has been a trend towards telecommuting for the past two decades. However, there were plenty of holdouts, which left traditional work arrangements alive and well, even in instances where they didn’t necessarily make sense. However, due to the pandemic, many businesses that were previously resistant to giving up the control offered by traditional workspaces were forced to allow telecommuting for many employees.

See also  How Optical Illusions Help and Protect Your Thinking

What a lot of these businesses are finding is that in return for giving up some control over their employees, savings costs in utilities and other workplace overhead costs can be gained. Many employees, especially those in creative fields, also report better productivity, which is another plus for employers. While we’re likely to see an eventual return to the traditional workplace, many jobs that moved out of it are likely to stay out.

3. There Will Be a Flight from Urban Areas

The pandemic has laid bare many of the downsides of living in densely populated areas. The shift from working in a separate workplace to working in the home has also called to light the disadvantages of living in a small apartment. Urban dwellers who are lucky enough to be able to work from home and have the means to move are going to be more likely to leave for less-crowded, though not necessarily greener pastures.

Unlike in previous waves of urban flight, however, we might not necessarily see a return to the suburbs. Rather, we might see movement from more crowded urban areas to less dense ones that still offer many of the services and perks expected of big cities, albeit with fewer people to share these perks with.

The massive loss of life and the economic downturn has led many all over the world to question not just their present leadership, but current political structures as well. While there may not be an immediate change, the pandemic and the economic upheaval has no doubt laid the seeds for something different in the future.

5. Traditional Shopping Will Continue to Decline

Retail shopping in the US has been on the decline for the better part of the past decade. The pandemic only accelerated the process by virtually forcing millions of Americans to make the switch to online shopping for a much wider variety of goods and services. Despite the biggest traditional retail downturn in memory, online retail businesses such as Amazon have experienced massive growth thanks to the shift in how consumers buy what they need.

6. Globalization Will Slow Down

The pandemic would not have been as quick to spread without a world that was as intimately interconnected as it was. The pandemic has demonstrated all the problems with geographically concentrated supply chains, cheap airfare, and unprecedented freedom to travel.

We might see the end of cheap airfare and more requirements for travel. Manufacturers may want to rethink their supply chains and base their operations in multiple countries, something that may reflect in a higher price for manufactured goods. Globalization won’t end, but we may see it slow down significantly. 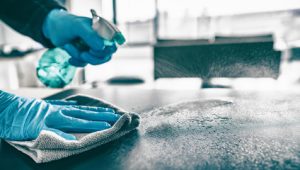 7. Our Baseline for Acceptable Sanitation Will Increase

The pandemic has brought attention to the sanitation of various public spaces, including public transportation, toilets, shopping centers, and other shared areas. Our tolerance for uncleanliness is certainly going to drop, at least in the short term. One can hope that this will result in businesses paying more attention to having clean bathrooms.

In some ways, the world after COVID-19 will be unrecognizable to someone from before the year 2020. However, none of the nightmare scenarios we envisioned for the world at the outset of the pandemic are likely to come to pass, at least not in the immediate future. In the meantime: hang on, wash your hands, and keep yourself safe and protected.