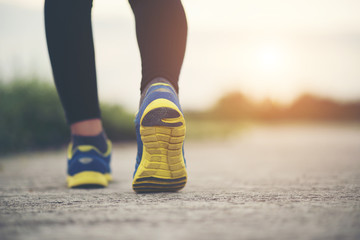 Getting older isn’t on anyone’s top ten list of things to do this year. Beyond the age of about 21, each successive birthday is a stark reminder that time is getting away. But when you think about it, getting old is certainly preferable to the alternative. Somewhere around your mid-twenties, when real life has taken over, and your previously booming social group has shrunk to a birthday gathering of maybe a handful of friends, you start to realise that your youth has departed. The nights out and partying may still be going strong, but you know it can’t last forever. Nobody wants to be the 27-year-old in the club, mixing with students who can only afford three drinks.

Getting older makes you think. You have to strive in improving your relationships, finance, ambition, career. But if we’re honest, the one thing we all want to improve is our health. Looking back on photos from our teens is both funny (teenage hairstyles are comedy gold) and a little awkward … look at you then, and look at you now. Sitting behind a desk for 8 hours a day at work has been unkind to just about every aspect of your appearance.

So, you start to read up on taking care of yourself. The internet is packed with articles about how to stave off arthritis and prevent diabetes, and the further you get into it, you discover if stage 3 cancer can be cured with chemo and radiation and if dementia can be cured.

There’s clearly a lot to take in when it comes to mapping out a healthy future. One of the starting points for many people in the fight against an aging and decrepit body is taking 10,000 steps a day. This notion has been around since the 1960s when a Japanese company marketed a health device that counted 10,000 steps. But is that the full picture? 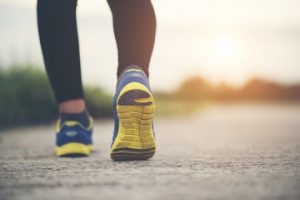 According to research, the 10,000 steps rule is 25% above the 7,500 typically required to achieve 150 minutes of moderate aerobic exercise per week. The message goes on to state that people who lead a sedentary lifestyle (i.e., people who tend to sit down for most of the day) can significantly decrease their chances of joining the ‘early mortality rate’ statistics by upping their daily steps to 4,400 – this usually represents only adding 2,000 steps to the daily routine (around two miles), as 2,200 typically represents a normal amount of movement without trying too hard.

READ  How To Care For Your Feet

As we can see, 10,000 steps certainly isn’t the full answer and is only the Goldilocks figure for certain people.