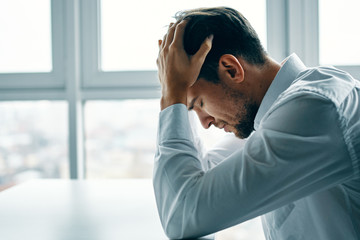 However, men’s mental health is important, and if you are struggling with a mental health problem, it’s important that you seek help. ReGain is a valuable tool if you want online therapy from anywhere. Try it out today and see if it works for you.

Now, let’s look at some mental health struggles a man may face, according to Mental Health America. 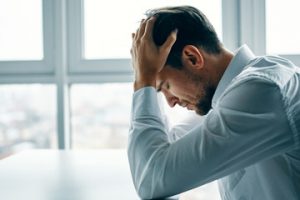 One reason for that is because men are more successful. A man may use a more lethal form of suicide, while a woman may try a less fatal way, such as overdosing on medication.

So why do men commit suicide? Drug addiction is one reason. Another reason is losing a job or being unemployed in general. PTSD, especially as a war veteran, can increase that risk. Mental disorders contribute as well.

Over 6 million men have depression, and often, it goes unnoticed. Depression tends to be more discussed in women. Men may not be open with how they feel, and instead talk about being tired, irritable, or losing an interest in hobbies. As a man, it’s important you be open about your depression, and try to find ways to stop it. One way is through exercise. Go to the gym, and find a good trainer who can work past your depression.

This is another mental health disorder a man may have. A man may worry about his job, his family, and his overall state of well-being, but once again, may not talk about it that much. If he feels anxiety in his body, he may try to ignore it and not speak up about it. Again, it’s important that a man speaks up about anxiety.

Even though it’s believed that bipolar disorder is a woman’s disorder, an equal amount of men get it. A man may just be called moody and be told that he can’t control his emotions, when in reality, he may have bipolar disorder. As a man, it’s important that you know the difference and then seek help for it.

This is another disorder that is thought of as a woman’s disorder. However, a third of eating disorders are men. Men have a body image, too. If they feel overweight or they don’t have enough muscle, they may struggle with anorexia or bulimia, but they may not report it as much as a woman who has the same problem.

If you’re a man struggling with a mental disorder, here are a few things you can do.