Home » What You Should Know About Aplastic Anemia

What is Aplastic Anemia?

Aplastic anemia is a rare condition which can appear at any age. It can either appear all of a sudden or grow slowly, becoming severe or remaining mild over time. This disease will make you highly prone to uncontrolled bleeding and infections, and will also leave you fatigued. 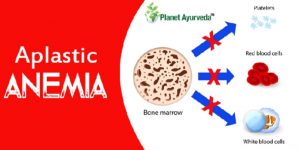 Who can be affected by it?

Individuals in their early 20’s or in their late teens are more likely to be affected by this disorder, although anyone can get it. Both females and males have equal chances of being diagnosed with Aplastic Anemia. This disorder is commonly seen in several developing countries of the world.

Aplastic Anemia is of the following two types:

In several cases, doctors have found Aplastic Anemia patients to not exhibit any symptoms at all. If present, the symptoms could include:

The treatment for this disorder is based upon your current condition and age. It is likely to include medications, blood transfusions, bone marrow transplant, and observation. If it is severe Aplastic Anemia, one of your known persons would need to immediately find a doctor to contact for aplastic anemia treatment, as you would require hospitalization.

Various ways of treating this disorder include:

If treatment of this disorder is to be done in a natural way, one should try out homeopathy, after talks with your doctor. Homeopathic medicines look to stimulate healthy areas of bone marrow to produce blood cells, which will bring down the number of blood transfusions. This is helpful since a blood transfusion can always be risky, no matter how healthy the donor appears.

A patient’s general health and well being can be improved with the administration of homeopathic medicines. If it suits a patient, he/she can get several long term benefits.

How long can you survive with aplastic anemia?

See also  Why Ignoring Your Health Concerns Is A Bad Idea