Home » Surgery or Medical Treatment in Drug-Resistant Epilepsy in Children 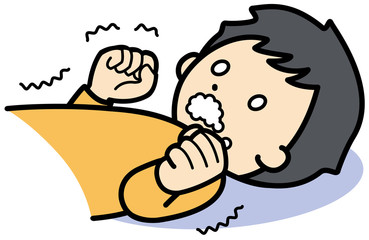 Epilepsy is among the most common neurological disease worldwide. Despite progressive research and development of antiepileptic drugs, an estimate of over 65 million people globally suffer from epilepsy. While the majority of people within this staggering number can control their seizures with medications, over 30% suffer from medically refractory or drug-resistant epilepsy—meaning their seizures can’t be controlled by antiepileptic medications.

Epilepsy is a chronic brain condition that results from various factors and is characterized by recurring, intermittent, and momentary central nervous system dysfunction as a result of excessive discharge of brain neurons. Simply put, epilepsy is a brain disorder that is characterized by a persistent predisposition to epileptic seizures that occur unprovoked within 24 hours or less. 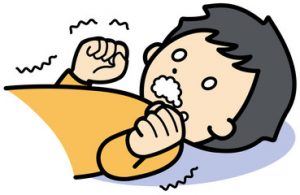 Treatment for drug-resistant epilepsy in children

The treatment decision for epilepsy, regardless of whether it is drug-resistant or not, is distinctive from diagnosis. Hence it must be personalized depending on the needs of the patient, individual risk-benefit ratio, and the options available. However, most cases of epilepsy can be treated with medication, but for drug-resistant epilepsy, especially in children and adolescents, surgery, or other types of treatment along with medication may be recommended.

While there are various standard medications for children suffering from drug-resistant epilepsy, a significant challenge in managing the condition. Generally, a combination of a variety of drugs with different mechanisms of action are used, hopefully, to realize the most significant effect in terms of seizure control.

What’s more, managing or decreasing the side effects of using multiple medications is also a significant concern in this treatment approach — as such, striking the ‘perfect’ balance between reducing side effects and achieving reasonable seizure control is one of the aims of the medical treatment approach. However, this is easier said than done. Some of the side effects of epileptic medications include feeling sleepy, drowsy, lack of energy, cognitive impairment, speech impairment, metabolic issues, bone density issues, among others. Nonetheless, there are significant improvements with the new generation of medications in terms of side effects—meaning that patients get treated with drugs that have fewer debilitating side effects.

Unfortunately, using medical therapy on drug-resistant epileptic patients only enables them to acquire a seizure baseline, from a few seizures annually to seizures every month, week, or every day.

According to a case study published in the New England Journal of Medicine, neurosurgical treatment is among the most basic ways to manage seizures in children and adolescents suffering from drug-resistant epilepsy. Besides that, a growing number of studies indicate that surgery plays a significant part in the treatment of drug-resistant epilepsy. Additionally, according to a report published on the U.S. National Library of Medicine on Drug-Resistant Epilepsy and Surgery, “a comprehensive treatment that is principally based on surgery, can achieve the remission and even cure the condition.”

Surgery for drug-resistant epilepsy began in the 1940s, and it is a very mature and reliable procedure. For instance, in the case study mentioned above; 116 patients who were 18 years old or younger with drug-resistant epilepsy were selected to undertake brain surgery relevant to the underlying cause of epilepsy along with suitable medical therapy (57 surgery patients) or to have medical treatment alone (59 medical therapy patients on a waiting list for surgery). After 12 months, freedom from seizures was evident in 44 patients from the surgery group and in 4 patients from the medical-therapy group. The conclusion from this case study alone indicates that children and adolescents with drug-resistant epilepsy who undergo surgery have a considerably increased chance of freedom from seizures compared to those on medical therapy alone.

Generally, the goal of surgery is to decrease seizures while avoiding creating adverse reactions after the surgery and to a certain degree, improve the quality of life afterward. For instance, a patient with focal epilepsy, where seizures originate from a single section of the brain, the aim would be to remove the seizure focus. Nonetheless, although surgery has proved to be an inalienable treatment option for drug-resistant epilepsy, it is associated with risks for complications, psychological issues, and pain. But with the advent of minimally invasive epilepsy brain surgery such as laser ablation, it is possible to evade any adverse effects.

Unfortunately, only a small percentage of patients are eligible for surgical treatment because of the location of the seizure focus. In some cases, the seizure focus may be located in delicate regions of the brain, and removal can impact other brain functions such as speech, vision, among others. In other cases, the seizure focus may not be clearly localized or overlaps with other crucial brain functions, hence surgery is out of the question. But in such cases, other therapeutic options such as neuromodulation or neurostimulation can be used along with medication.

The treatment outlook for patients suffering from drug-resistant epilepsy is auspicious. There are significant advances in terms of medications and treatment options, which will only continue to improve in this age of technology.

READ  Health Care Reform: Why are people so Worked up?

Dr. Harry from German Neuroscience Center Dubai is a UK-trained Clinical Psychologist, originally from Ireland. He has professional registration in the United Kingdom (HCPC) and in Dubai (DHCC). He completed his master’s degree in Health Psychology with the University of Ulster and completed his doctoral training in Clinical Psychology at the University of East London. He has almost a decade of experience working across a diverse range of mental health and other specialist psychology services in Ireland and the U.K.