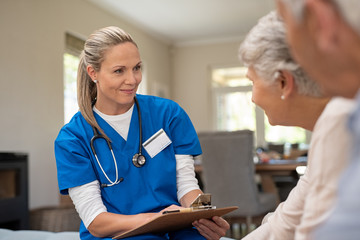 In 2019, there are lots of changes that the home health care industry has to keep up with. One such is the Patient-Driven Groupings Model or PDGM that is supposed to take effect from this year. This is devised by the Centers for Medicare and Medicaid Services or CMS with intent to revolutionize the home health agency industry as well as its operations. However, the PDGM will double the billing efforts by the home health care agencies as well.

Therefore, as this most significant payment overhaul is expected, it is crucial for the health care providers to spend the entire 2019 preparing for fighting a few specific aspects of the sweeping change that this PDGM is expected to bring in.

In addition to that, the PDGM also reduces the 60-day episode of a care unit of payment to 30 days.

In addition to that, it is seen that over the years, the concerns have been raised by several boards and organizations. These organizations include:

• The Congress
• The CMS
• The Office of Inspector General, OIG and
• The Government Accountability Office, GAO.

They suggested that the existing model inducements high volumes of therapy services just because the reimbursements for such therapies were increased accordingly. On the other hand, it is noticed that therapy services provided under the Medicare home health benefit had greater value. They said that this showed there is a discrepancy in the model and needs to be changed and hence PDGM came to existence. 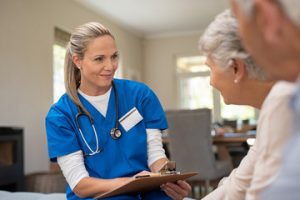 While this model was created to address the issues that existed underneath the home health care Prospective Payment System, several industry leaders worried about the aspects of PDGM. One such is the case-mix changes, and the other is the widely opposed behavioral adjustments. They say that both these aspects will hurt home health care agencies.

The National Association for Home Care and Hospice NAHC as well as health technology firm Axxess has weighed the pros and cons of PDGM and has stated these in a webinar co-hosted by Home Health Care News.

• They say that there is a significant risk of the home health care providers to overreact to the changes brought in by PDGM and drastically reduce their therapy offerings.

• Another vital issue that the home health care agencies have to face with the onset of PDGM is regarding the diagnoses. For instance, more than 40% of the diagnoses that were allowed for under PPS now will not be accepted as primary diagnoses as per the changed rule of PDGM.

The bottom line here is that in the home health care industry, the PDGM is supposed to be the revenue neutralizer for episodes that must have an eligible primary diagnosis. On the other hand, it will prove to be a disaster for those that do not.

When you consider the PDGM, the case mix will be essentially determined in parts by the functional deficits of the patients. It is based on the OASIS assessment model wherein the episodes will be allocated to one of 12 groups that will be categorized as early or late. There will be a functional score of low, medium, or high assigned along with a comorbidity adjustment. Finally, it will be categorized as a community or an institutional referral.

See also  How to Find a Good Hospice Provider

• Ideally, such approach under PDGM will result in 432 different combinations as opposed to only 153 under PPS.

• In addition to that, the Low Utilization Payment Adjustments or LUPAs will also be broken down on a more granular and detailed level.

As of now, the home health providers are knocked out with a LUPA claim if they offer four or fewer visits during a 60-daycare episode to any type and category of patient. In such situations, the provider only receives a standardized payment for each visit made instead of being paid for the full-episode irrespective of the reason for making fewer visits.

As far as PDGM is concerned, it will take that universal four-or-fewer rule but will significantly break it down into 216 diverse scenarios. By doing this, the CMS expects that the LUPA rates will drop down from 8% to 7.1% when the PDGM become active.

In short, you can say that this approach of CMS will only segregate between winners and losers and almost half of the home health care agencies expected to see an increase in their reimbursement and the other half will see a projected lowered reimbursement.

PDGM is sure to affect each home health care provider differently, but in general, it will help these agencies. All they have to do to combat with PDGM is to make necessary amendments in their practices and rebalance their patient populace. As far as the first quarter of 2019 is concerned, you must be already ready with a preparedness plan as well as educate your staff.

• You must also look for other industry partners in coding, professional, and telephonic health services.

• It is also important that you ensure that the coders are also prepared to make and meet the changes and even seek cooperation from different other referral sources.

As of now, the payments are tied to comorbidity, but for the future, you will need to be very careful with your codes. This is because CMS will monitor where the dollars go. That means if you are coding diabetes as a secondary diagnosis, then you will need to make sure that the interventions, the plan and the goal all are for that diabetes coded and not for anything else that is vague or unnecessary.

Therefore, you should be ready for the double billing demand by reinforcing your billing department to fight with PDGM. Rest assured that barring any unforeseen event, PDGM will stay on.