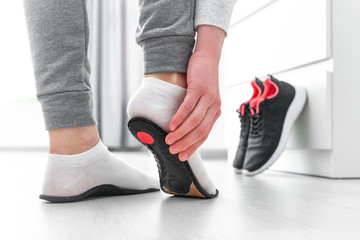 Many of us take for granted slipping on a pair of shoes or trainers and going about our business in comfort, though for many people a standard off the shelf set of footwear does not enable this. There is a wide range of afflictions and ailments, which mean for some people a simple walk to the shops, can cause significant discomfort and pain. As we have studied nature and the way in which all creatures move around, so we have developed a greater understanding of the interaction between muscles, bones, tendons, and ligaments. You can see some of the results of this in the way the movie special effect industry is able to replicate the movements of animated creatures, who seem to be moving perfectly naturally. We even know from the study of fossils how the dinosaurs moved their limbs.

While some foot pain is caused by sporting injuries or accidents, some people have problems which can cause pain when walking. Many of us have heard of flat feet, a medical disorder which used to disqualify you from being able to serve in the armed forces. This occurs when the arch on the bottom of the foot simply isn’t there, which causes problems with the way the foot and ankle interact. The muscles in the arch may weaken, causing a fallen arch, which is similar in many ways to the flat foot. The design of the foot involves natural movements designed to absorb shock as the foot lands, and propel the person forward as the foot leaves the ground, which in a healthy foot works in perfect balance. 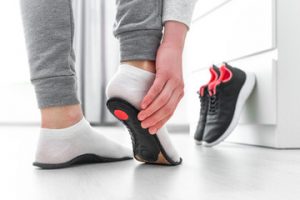 For local injuries quite often rest is the best option, though for short and long term problems orthotic shoes such as those from Zullaz may offer relief. Orthotic shoes work by providing an appropriate level of support to key areas, which reduces the stress placed on bones and ligaments, allowing for significant pain reduction or eradication. While for some, they provide a short term solution to pain caused by an injury, they can also assist in correcting long term abnormalities in foot mechanics associated with various disorders. For any person who is experiencing any pain or discomfort when walking or even simply just standing around, the orthotic shoe is an option well worth checking out, to bring back the level of comfort that most of us consider normal. 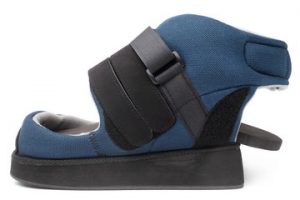 Many of us have at one time, or another hurt our feet and been forced to hobble around while the injury heals. A common area of pain is on the ball of the foot, that area just backward of the big toe, upon which all of our weight rides as we move forward. Another area prone to injury and which also can cause immense pain when walking is the heel, which also has to absorb a great deal of shock when we are walking or running. Known as Plantar Fasciitis and often referred to as “policeman’s heel,” it causes sharp stabbing pains through the heel and sometimes the arch too. Often it is more prevalent just after waking and may recede during the day to a nagging throb, and is not a pleasant affliction.
Problems with the feet can cause other issues, causing pain in the legs and even the lower back.