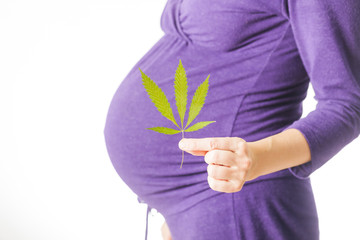 Pregnancy is a new journey for women that is full of surprises and new discoveries about oneself. Women go through a series of physical, emotional, as well as psychological changes during this time. This dictates expecting women to make healthy lifestyle choices during pregnancy and changes to ensure the health and safety of themselves as well as the baby. While the journey by itself is a pleasant experience for a woman to go through, this new phase is also the period when there are lots of doubts. From a safe cure to morning sickness to understanding the right way to sleep, there is so much to learn through this time.

With marijuana slowly capturing the medical industry, the inevitable question today is – Is marijuana consumption safe during pregnancy? Can it make the journey better? Honestly, with the level of research available today, there is no right answer. Marijuana is a segment that is going through drastic changes, discoveries, and the attitude towards the ingredient itself is evolving rapidly. In such situations, it is impossible to derive stern conclusions about the use of Cannabis and its effects during pregnancy. But, here are seven surprising facts about Cannabis and its association to pregnancy that can help you wrap your head around the idea:

7 Surprising Facts About Cannabis and Pregnancy 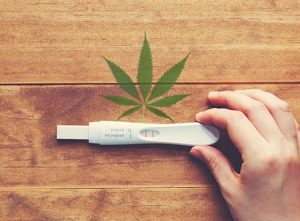 1. The statistics indicate that the number of pregnant marijuana users is increasing:

In a national survey conducted in 2015 in the US, over 3.5 % of pregnant women consume Cannabis during different stages of their pregnancy. While the highest percentage used it during the first trimester, which was 4.0%, that number fell down to about 2.7 % during the final trimester. These numbers have seen an increase in recent years. The number has gone up to 5-6 % in many states, especially the ones with relaxed cannabis laws. Legalization of medical marijuana in various places has, in fact, encouraged women to try Cannabis to enjoy a comfortable pregnancy.

READ  Things to Know about Red Wine – A Brief Guide

2. It could help with treating nausea during pregnancy:

Nausea or morning sickness is common among women during the first few weeks of their pregnancy. There is quite a number of home treatments that women tend to use to counter the same. In fact, certain doctors also recommend doses of vitamins and doxylamine to win the battle of morning sickness. But recently, doctors from across the world suggest that the use of marijuana could help combat morning sickness. Cannabis is currently used to cure nausea during chemotherapy in patients. They believe the same benefits could get extended to women during the early weeks of their pregnancy. Although strong clinical evidence to prove the same is not yet available, some women who also tried medical marijuana reported positively towards the claim.

3. It could help cope with anxiety during pregnancy:

Cannabis is currently under clinical trials to understand its effect on treating mental ailments such as depression and anxiety. Anxiety is a common problem faced by women both during and after pregnancy. The imbalance and rush of hormones in the body often cause women to stress and panic.

Also, anxiety is a common sign of postpartum observed in women. It is possible that the use of marijuana can be effective to help relax the muscles and mind and create a more peaceful and calm feeling in pregnant women. Few users have shared their experience of curbing anxiety during pregnancy by using marijuana, although the question of whether it is safe to use is yet to get answered. Looking for the best online dispensary? Canada can be the right place to obtain the best strains to treat anxiety.

4. It could help with insomnia in pregnant women:

Insomnia is a common problem during the later stages of pregnancy. The stress and discomfort add up to leaving women tossing to sleep all night. Not getting enough sleep during pregnancy could lead to excessive exhaustion all day and also impair proper growth of the fetus. Resting and relaxing well during the trimesters is essential for good health. Medical marijuana can help relax the body and mind and help them glide into a peaceful sleep. Currently, there is various research which aims to prove the effectiveness and safety of the same.

5. Edibles may be a better form of consuming Cannabis:

CBD based edibles which contain CBD oil are becoming popular these days. CBD oil in its purest form does not contain psychoactive substances such as THC which makes it a more pleasing product from Cannabis. The advantage of edibles over vaping or smoking is that it completely eliminates the usage of a substance such as tobacco. It also eliminates the risk of exposure to toxic chemicals when Cannabis goes through combustion. Also, the risk of exposure to high levels of THC is lesser in comparison to other methods. The medical community is yet to release solid proof if edibles can reduce the risk of cannabis consumption during pregnancy.

While the data on the effects of marijuana exposure to the baby is not much, currently, it is safe to assume that breastfeeding mothers should stay away from marijuana usage. THC, although a useful component of Cannabis with various health benefits, is also dreaded by many for its psychoactive properties. THC is usually stored in the fat cells of our body and get released over time. This is why the traces of it remain in our system even days after consuming. Now the possibility of this component, making it to the breast milk are higher, which could affect the health of the baby. The same effects are applicable for CBD oil or cannabis edibles as the effects of these cannabinoids on newborns is still unknown. Hence it is advisable for breastfeeding mothers to avoid the use of Cannabis during this period.

READ  The Importance of Exercise in a Student's Life

7. It can help deliver the nutrients required for the body:

Pregnancy is the time for both the mother and the fetus to receive enough nourishment to stay and grow healthy. Currently, a wide range of capsules to deliver vitamins, minerals and other nutrients for the body are available and prescribed by medical practitioners across the world. But Cannabis can be a single substitute for delivering many of these nutrients to the body in a natural manner.

While currently, cannabis products such as hemp oil offer an affirmation that they can improve overall health, the risks of using it during pregnancy seem to overshadow the use due to the absence of research and conclusive proofs in this area. 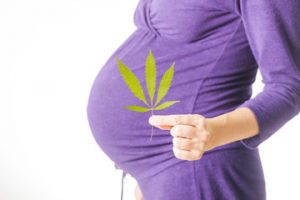 Facts about cannabis and pregnancy

It is hard to reach a conclusion about the use of Cannabis during pregnancy due to the absence of solid clinical evidence to prove its effectiveness. Currently, women across the world have shared their positive experiences of using marijuana during pregnancy, which, in fact, seems to contradict most of the studies in general. Yet in the years to come, science can back up the effectiveness of cannabis use to improve the health of the mother and the baby and help them get through a comfortable and safe pregnancy. This way, the fear and doubts in new mothers and mothers to be about cannabis usage before, during, and after pregnancy