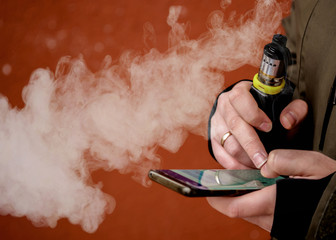 Shisha pens are tiny cigarette-shaped electronic water pipes that vaporize a flavored liquid. These pens are excellent for an experience on the go, no matter your location. Besides, since they contain no tar or other harmful toxins, they deliver an exceptional experience without having to care about nicotine addiction no negative impacts on health. 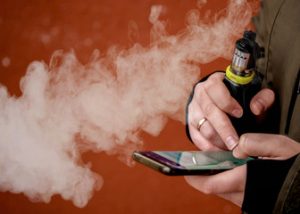 Thus, shisha pens have become popular among many. The shisha pens here are healthier alternatives to smoking; the reasons are:

These pens create a pure, clean vapor containing no tar, carbon monoxide, or any other harmful toxins. Most of these harmful toxins are usually linked to health issues.

While cigarettes, as well as hookahs, burn tobacco, they form a large number of toxic by-products. However, shisha pens don’t burn anything and therefore, don’t create any issues.

Nicotine is an addictive stimulant in regular tobacco cigarettes and also in hookahs. However, while nicotine isn’t harmful by itself, it leads to addiction, which may be unpleasant to users who only wish to enjoy the flavor.

If anyone smokes anything containing nicotine, this is the absorbed through the nose lining, lungs and mouth and quickly reaches the brain via the bloodstream.
As a result, adrenal glands are forced to produce more adrenaline, and this leads to increased heart rates, blood pressure, and perks of the central nervous system. However, the liquid contained in e-shisha has no nicotine contained hence making it safer.

There is no secondary smoke for other people to breath since the vapor formed by e-hookahs dissipates within a short time. This makes them healthier options since they don’t affect non-smokers in any way. Thus, they are tolerated in spots where tobacco is not.

See also  4 Common Questions about CBD Oil and Their Answers

The vapor from shisha pens doesn’t contain tar or any other dangerous additives. Therefore, the scent doesn’t linger for as long as the smoke does.

The use of shisha pens leads to improved breathing, higher levels of fitness, less coughing, and fewer illnesses than when using tobacco. Smoking hookah bombards the lungs with smoke, and shisha smoke contains more carcinogenic and carbon monoxide than tobacco smoke.

Also, this smoke contains high amounts of lead, nickel as well as arsenic. Besides, smokers risk contracting herpes, colds, and cases of flu, hepatitis, or other transmittable diseases while sharing the hookah mouthpiece. However, shisha pens function by vaporization and not combustion, hence much safer.