Home » What Exactly Happens During A Concussion? 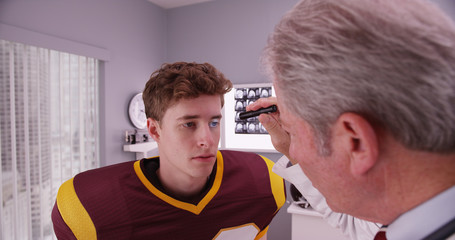 Over the last decade, neurologists and neurosurgeons have shown increasing concerns about developing concussions from sports-related injuries. Football players and ice hockey players often display signs of mild traumatic brain injuries. Their symptoms range from mild confusion and headaches to recurrent blackouts and loss of memory. That had fostered the belief among the brain experts that concussions are high intensity or contact sports problems. But, what exactly happens during a concussion?

Are you at risk of a mild TBI?

Recent research and the developing diagnostics technology show us that it might not be a niche problem at all. The incidents of concussion due to sports-related injuries grab the headlines often, which makes us believe that they are part of the sportsperson lifestyle. However, regular office goers, students, part-time workers, stay-at-home parents, children and the elderly can experience concussions too. Mild TBI can be a result of a sudden slip-and-fall, a sharp blow to the head from a stray object (like a ball) or a severe impact to the head resulting from banging one’s head onto the edge of furniture. Even automobile accidents can result in concussions. In fact, more than 50% of car crash victims present with signs of mild TBI upon further examination that EMTs may dismiss as shell shock or PTSD.

You may have hit your head getting out of your car or picking a pen from under your work desk and felt a little dizziness or nausea. Whether it is an impact to the head from a bicycle accident, skiing accident, rollerblading, or slipping on ice, the victim is always at the danger of getting a concussion from a sudden jolt. You may have experienced several similar blows without really feeling any concussion effects, but one fine day a small blow can send you over the edge with intense nausea, blackouts, and acute headache. These small hits are the sub-concussive hits that build the foundation of a concussion. Depending on how healthy your brain is, you may or may not be at immediate risk of a concussion right now. No imaging test can determine your predisposition towards one or the prevalence of sub-concussive episodes.

What is a concussion? 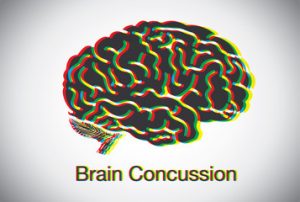 Scientifically, a concussion is the immediate, but reversible damage to the brain. It temporarily paralyzes the neurological functions of the brain due to the trauma, but predicting the nature of this paralysis is close to impossible. The effect of a concussion can vary widely between two people of the same height, weight, and profession. According to research, the direct impact is the leading cause of concussion, but it might also result from the rapid acceleration of the head without any direct blow. It is common among early primates, but less frequent among human beings. The rotational movements of the brain inside the brain box or cranium and the forces that affect the upper reticular formation can lead to the loss of consciousness. The sudden impact causes the brain to bump into the skull briefly. It can cause bruising or contusions.

What Exactly Happens During A Concussion?

Why is treating concussions challenging now as it was before? 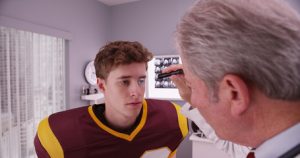 Doctors often find it challenging to locate the sites of these secondary injuries and determine the nature of the effect concussion can have on a person.

See also  How To Cope With Irritable Bowel Syndrome

Traditional approaches to treat concussion come with a host of challenges. There are no diagnostic tools that can conclusively diagnose the cause or severity of a concussive episode especially when the impact does not result in immediate bruising and edema. Sometimes, even after visualizing the nature of the contusions, neurosurgeons have no other way than to operate on the site of injury to relieve the patient of the concussion signs. However, that adds insult to injury since any surgery increases the inflammation, edema and wounding of an already present wound. Especially since concussions have more psychological and emotional impacts than physical impacts, operations are hardly the smart solution to this problem.

What does happiness have to do with brain health?

Patients with concussion often slide into depression and develop episodic anxiety afterwards. The initial isolation and confinement do not help with the psychological trauma that concussions can produce. For ages, people have believed that mTBIs respond to complete bed rest, healthy food and confinement to the dark rooms. It makes sense when one only considers nausea, headache, light and noise sensitivity. However, the latest research shows that emotional health and mental health might have a significant role to play in the physiology of concussion. Concussive episodes are common among players, office goers, children, teenagers, stay-at-home adults, and senior citizens, who tend to remain mentally stressed, anxious and depressed majority of the time. The presence of negative emotions and confusions facilitate the development of concussions. That might explain why some people suffer from mTBIs, while others have not experienced a single episode in their entire lives.

See also  Treat Yourself to These Five Healthy Items

According to the accounts of football and hockey players, who have suffered from a concussion in the past, they were either stressed about the game or anxious about their performance immediately before they experienced the impact. Players, who have incurred mild TBIs at least once in the past, have a 19% chance of getting another one every year of their career. The same report shows that when the same players were relaxed and happy, their chances of developing concussions went down significantly. This groundbreaking study shows that staying in control of your emotional state and mental health can reduce the probability of experiencing a concussion. To take control of your physical health, you must take charge of your emotional health first. Staying positive and happy not only decreases the probability of a traumatic brain injury, but it also helps in the recuperation after one.

Anthony Karen is a health expert who has been running many health seminars and public discussions. She also manages her blog and reviews the health-related details provided by authentic sources.