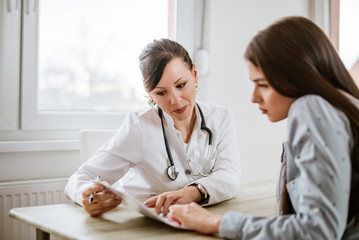 There are a lot of common genital problems in female adolescents, but they are preventable. These medical conditions are widespread and cause a lot of discomfort to females. Knowing about these genital problems is essential because it will help you get knowledge and equip you adequately to avoid them.

Below are some of the widespread genital problems in females. 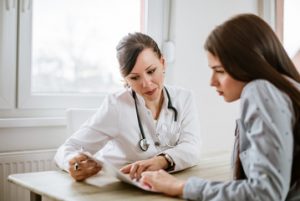 Vaginal discharge is a big genital problem in female adolescents. In most cases, the discharge is just normal leukorrhea. The vaginal discharge occurs at the beginning of the menstrual cycle and assumes a cyclic pattern.
In the first half of the cycle, it is whitish and slightly watery; at the mid-cycle, it is usually profuse and slippery, due to the high level of oestrogen. By the second half of the cycle, the discharge is scantier and slightly sticky, due to the influence of progesterone.

A female teenager should consult a physician if the vaginal discharge is itchy, has a bad smell, is yellow, or bloody. Don’t delay in telling anyone because of fear of embarrassment. This discharge often is a sign of yeast infection.

Trichomonas is a tiny parasite that causes yellow, foamy, itchy and foul smelling discharge. It’s also called trichomonas, trichomoniasis or TV. Up to 50 per cent of infected people won’t show any signs or symptoms at all.
Apart from the symptoms mentioned above, a patient will also experience painful sensation when passing out urine.

This medical condition occurs both in virgins and sexually active teenagers.

Monilia or Candida is a common fungus that is known to cause itchy, whitish discharge. It is common in women who have just taken a course of antibiotics which may alter the bacterial flora of the vagina. It is common among diabetic patients, pregnant women and women taking birth control pills.

The disease is treated with vaginal creams and suppositories.

Hemophilus vaginalis is a small bacteria that causes a grey, foul-smelling discharge. The methods of antibiotic treatment include using vaginal drugs and creams like
metronidazole and clindamycin.

Gonorrhoea is a common infection among teenagers. In many cases, the infected females will exhibit no symptoms. Therefore it is important for sexually active teenagers to have a check up in their cervix did every six months.
Gonorrhoea can cause different types of infections with different kinds of symptoms. These include:-

Cervicitis: an infection of the cervix which is associated with profuse yellow discharge.

Endometritis: an infection of the uterus.

Salpingitis: an infection of the fallopian tubes.

Inflammation of all the pelvic organs (uterus, fallopian tubes, and lining of the pelvic cavity are termed pelvic inflammatory disease or PID. PID is caused by the gonococcus bacteria in about 50% of patients. It is also caused by a variety of other organisms like streptococcus, E. Coli, chlamydia, mycoplasma in the remaining 50%.

The symptoms associated with pelvic inflammatory disease in female adolescents are the constant abdominal pain, tubal pregnancies and infertility (due to scar tissue in the tubes).
Contracting PID can be very serious and difficult to deal with. That is why it is advisable to shun casual sex.

Genital warts or condyloma accuminatum are a prevalent viral disease among sexually active teenagers. The virus is found on the vulva, vagina or cervix. It appears as a small wart on the genitals caused by a common sexually transmitted infection.

Having the right knowledge about these genital problems should strengthen your resolve to live a healthy life and avoid diseases. Always talk to your gynaecologist when you experience any symptoms.