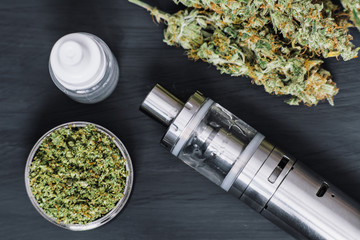 The subject of marijuana legalization has reached the public space. In the US, however, marijuana legalization and recreational consumption begin to show that many of the fears in the collective mind related to this subject are unfounded. Also, legalizing marijuana brings some benefits at the therapeutic level, such as tax collections and declining public expenditure on consumer prevention and not only. You can find below a review of the benefits and “surprising” things to know about legalizing weed consumption.

1. The rate of crime is declining

Does drug use increase crime rates? The situation in Colorado, a state that has legalized the recreational consumption of weed, shows that things are not at all like this. Thus, in the first quarter of 2014, there was a 6.9 percent drop in armed crime and robberies in this US state, and an 11 percent decline in property crime, such as car theft.
One of the myths surrounding marijuana legalization is linked to the product promotion regulations. Despite appearances, limitations are strict and similar to alcohol or cigarettes, and cannot be promoted to people under the age of 21, the legal age to buy cannabis in the US.

2. Marijuana can be used in other forms

One of the significant defects of weed smoking is smoking itself, which regardless of the substance is not healthy. The legal weed industry has managed to create a wide range of products that allow you to consume cannabis without smoking: pills, liquid, chocolate, spray or other. This means that manufacturers can diversify into other industries and create more interest in generating even more taxes. Heavy Supply Co offers a wide range of alternatives to smoking.

3. Legalizing marijuana does not necessarily increase the number of consumers One of the fears of legalizing marijuana is the increase in the number of consumers. Studies show that there is no obvious conclusion to support such an idea. Moreover, some studies show that legalization only makes weed easier than the black market is. Marijuana legalization is, however, a new phenomenon in the US and Canada, so long-term social effects are still unknown.

Since the marijuana consumption in Colorado has been legalized in 2012, efforts have been made to study the health benefits of weed, making marijuana a lucrative research hub.

At the end of last year in Colorado, over $ 8 million in grants for marijuana medical benefits research was approved, part of the most significant financial effort in history for such studies, which provides grants of 9 million dollars. USD. Marijuana is proven to be more effective than many prescription drugs for certain conditions. It is used to treat pain and nausea of ​​cancer patients, and a recent study shows it is beneficial in treating patients with leukemia.
Many researchers want to take the opportunity because currently, only 6% of plant-based studies focus on the benefits of cannabis.

5. How much money can marijuana produce

It is estimated that only California could attract an extra $ 1.5 billion annual income from marijuana charges. If consumption were to be legalized at the federal level, the national industry could be three times higher than the NFL (US National Football League).
Estimates also show that the US could save $ 7.7 billion a year, which now goes to support efforts to prevent consumption. Another $ 6.2 billion could be charged if the value was similar to cigarettes or alcohol.

See also  Reasons to Work As A Medical Transcriptionist

According to some manufacturers, only one cannabis plant can cost up to $ 5,000

An important reason why the industry is estimated to be so high is that the margins are huge. 30% of the price is a tax, and one gram of cannabis costs about $ 20, double the street price. Marijuana that is used for medical purposes is much less charged. Increase in the costs has also had a negative side. Hence, it has forced many consumers to continue buying from the black market where it is cheaper. The downside is that the black market is even smaller in the qualitatively controlled way to sell legal marijuana. In 2014 there existed a 25% decrease in deaths caused by an overdose of prescription drug pills in areas where marijuana has been legalized.

Decreasing the number of incarcerations and mortality due to overdose could also be a benefit for any state, especially at the cost level. Also, federal and state-level funds for consumer prevention can be targeted at social services and other critical social issues.