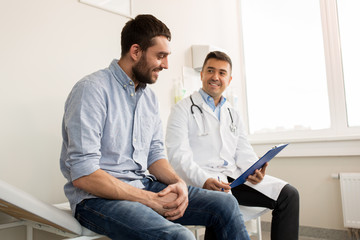 Since 2012, the number of prescriptions for testosterone supplements has increased in recent years. However, it doesn’t stop there. Testosterone replacement therapy, which includes testosterone injections, is now a $1.6 billion industry. In the 1980s, it was just an $18 million industry! As we age, our testosterone levels begin to drop, which can create some issues outside of just infertility. We’ll explore the warning signs of low testosterone in men you should watch for and why you shouldn’t just brush it off. The Significance of Testosterone

The hormone, testosterone, is responsible for the development of male characteristics. Women also produce this hormone in the ovaries, but it is made in much smaller quantities. Most of us are familiar with testosterone being associated with the male sex drive, but it’s also responsible for red blood cell production and fat distribution. Also, this hormone contributes to muscle strength and bone mass in both men and women.

Given the significant responsibilities of testosterone, it is highly important that people are aware of the signs and symptoms of having too little. Although the hormone naturally begins to decline after age 30 or so, there are risks associated when it becomes chronic.

The decline of testosterone production in an aging man is referred to as late-onset hypogonadism. The top five warning signs of low testosterone in men are:

Likely, one the most noticeable signs of low testosterone in men is, decreased sex drive in males. As testosterone levels decrease so does the libido, but researchers still cannot pinpoint exactly why. Low testosterone can also lead to erectile dysfunction, but it being the sole contributor to the problem is rare.

One’s emotional health can be compromised when testosterone levels are imbalanced. In fact, research has shown that low testosterone is a major source of mental health issues in men. The fatigue and mood swings are similar to menopause in women and are actually referred to as andropause in the medical community.

Testosterone plays a big role in metabolism, so it’s no surprise that declines in this hormone may lead to weight gain. Men with lower levels of testosterone have a higher percentage of body fat than men with high or normal levels. It’s suggested that the increased body fat, which has an enzyme that converts testosterone to estrogen, is responsible. The increase in estrogen slows down the production of testosterone, which leads to even more body fat. It’s a vicious cycle that is difficult to fix because of the next issue on the list.

Chronic fatigue is a real issue in men with low testosterone levels. Getting a full night’s rest can still leave one waking up tired and unmotivated to tackle daily activities. With little energy and initiative, aging males are more likely to forego working out, which contributes to their weight gain and also depression.

Although osteoporosis is a condition that is typically associated with women, research shows that 20% of people with it are men. Low testosterone levels may cause thin, brittle bones as a result of the testosterone to estrogen conversion, which is necessary to build bone mass. Estrogen naturally preserves bone density, but if there’s little testosterone to convert, then one’s bone health is at risk. Getting Tested For Low Testosterone

Individuals that are concerned that they have low testosterone should set-up an appointment with their physician. A simple blood test can determine one’s testosterone levels. While decreasing testosterone levels are normal for an aging male, it can be a sign of a bigger problem for young men. The best thing to do is get checked and determine what would be the best treatment for you.

It is advisable to take note of these warning signs of low testosterone in men and get treatment as soon as possible. It is a vital health tip every man must follow.

YOU SHOULD READ THIS TOO: