Home » How Parents Can Deal With A Child Using Cannabis 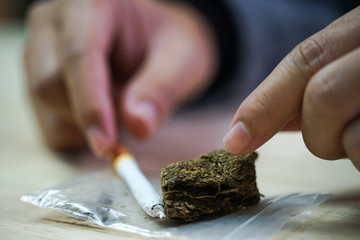 Addiction is a disease, and drug addiction is only one form of it, but it is certainly the most potent and destructive form of addiction that has ever existed. The saddest part is that teens are more prone to being addicted to drugs than adults. And these kids are mostly addicted to Marijuana. Plenty of kids end up in the treatment every year, and a wide majority of adolescents claim that their choice of drug is weed. While weed is considered a lighter drug than alcohol, its addiction is definitely more devastating. Because weed seems like such a harmless drug, kids unknowingly have stepped into the land of drugs without realizing that weed has proven to be the first step.

Another problem with marijuana is that it is not the same. It is much more potent than it was a couple of decades ago. Back then marijuana has about four percent of THC, and now it has risen to eight and a half percent which is more than the double of the previous amount. The drug has known to be physiologically addicted, and once a person, especially an adolescent gets hooked on this drug, it is near to impossible to quit it without proper treatment.

Another alarming situation is that the age of kids at which they start smoking pot is going down increasingly. Kids take it to the school, disseminate it among other kids, and it becomes a chain process of promoting drugs. About a decade ago, the age of first high would around 13-14 but not it has come down to 11-12, people who work in Juvenile Justice Centers have claimed that they have seen fourth graders in treatment. There is a widespread notion that marijuana is a harmless drug, and kids have admitted that this drug has enhanced their tolerance level for other drugs. Kids don’t just keep it to the drug; instead, they use alcohol with it as well. That’s when it becomes a perilous path of drug addiction.

See also  How Parents Can Help Their Teen Through Drug Rehab

You would wonder why marijuana is so popular among kids; well the prime reason is that it is easily available. In Canada, it is found as medical cannabis. It is very cheap drug and has an effect of relaxant. It helps the kids get rid of stress and anxiety by a great deal. Most of the time, kids who are consuming these drugs tend to do it because they have unaddressed mental disorders such as BPD or PTSD etc. So it is quite easy to deduce that there is a relation between mental health and chemical dependency.
Signs That Your Kid Smokes Pot
So there are a few signs that become imminent when your kid starts smoking pot, and while they might not be true for a drug addict, they’re mostly the tell-tale symptoms of drug addiction. First of all, I’d tell you to trust your gut instinct. If you believe that your child has been smoking pot, then the chances are that was the case, and the kid has been smoking. But some of the significant signs are: their grades start to deteriorate, they suddenly have different friends, they are not interested in sports anymore, they become more negative and cynical, and they do not seem very approachable.
All of these are NOT a part of just growing up, these are not an adolescent’s tantrums but probably an indication of the fact that they are on a really dangerous path. The question now is,  how can you deal with a child using cannabis? Read on to find out. What Should You Do?

Now, the next step is talking to your kid. If you think they are in bad company or there is something substantial that they are hiding from you, then it is time you figure it out. Talk to them about it very openly, let them know that you care about them, and therefore you keep an eye on their activities. If you see your child throwing tantrums and appearing as if they want you to leave them alone or let them be independent, you should stick to guiding them through this because internally, they are children and they need your guidance and support more than anything.

Marijuana is a nasty drug, and the first thing that it attacks is a person’s motivation. It makes children feel lazy and dumb. The reason behind their dropping grades is a lack of ambition. Kids say that they feel increased anger and feelings of irritability. Smoking too much marijuana can also cause them to have suicidal thoughts. And these are not the only ways in which cannabis affects children, their physiology also changes. Smoking too much marijuana can negatively affect their heart and liver.
You can try your kid talking into sharing everything with you because chances are if they are smoking marijuana they are in deep stress, and the connection between you and your child is weak. In extreme cases, you should consider a rehabilitation centre.

A drug rehab program will help them a lot to get rid to the marijuana abuse. However, there are some things you should do to help a person in rehab to recover successfully.

See also  Are CBD Gummy Bears Legal? Why Are They Popular?

Author Bio:
Currently a student of English Literature, in his final years, James Martin is passionate about writing his thoughts into words. He takes up writing projects in his leisure time to accompany his studies. Generally, understands the essence of writing on every topic, but especially those that relate to his field. He regularly writes at cannabismo.ca. Check his latest post here about best online dispensary Canada.